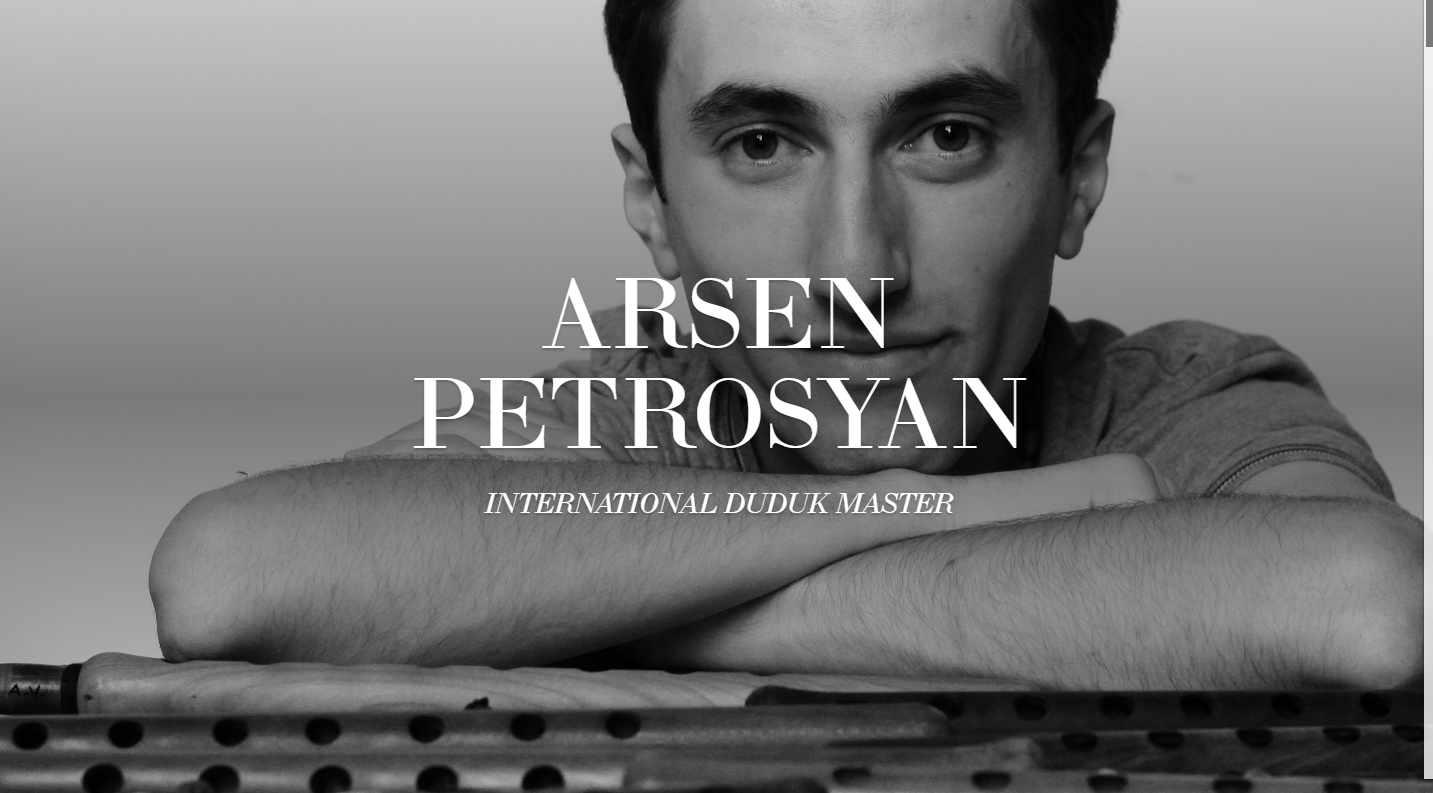 is a young Armenian duduk master who has won numerous awards for his talent.

He lives in Charentsavan, Armenia.

Considered a musical prodigy, he initially began his studies at the age of six, with the shvi (an Armenian wind instrument) with mentor Krikor Khachtryan.

He graduated from the Komitas State Conservatory (Yerevan, Armenia) where he studied with renowned duduk master Gevorg Dabaghyan.

Despite his relatively young age (he was born in 1994), Arsen Petrosyan is a seasoned professional who has toured the United States, Russia, Canada, India, Germany, Spain (Canary Islands), France, Republic of Georgia as well. although in his country of origin.

He is currently a soloist in the Armenian Traditional Music Ensemble (Yerevan) as well as in his recently created group “Arsen Petrosyan Trio”.

Arsen Petrosyan goes beyond the cleavages of traditional (Armenian) music.

It transports the public to countries beyond Armenia the world is his village. His various collaborations testify to this.

Recording for the album of singer/composer Abigail Rooley (Scotland, August 2017).

Concert with Gurumiran DJ/ Electro-rock musician, and apparition in his documentaryproduced by “Red Bull” (Lebanon, July 2017).

Concert with the Philharmonic Orchestra of Armenia (April 2016).

Arsen Petrosyan is a specialist (of the duduk), of numerous times rewarded for his talent, he accompanied Nikko Grégoire. The arrangements in the organ, most made by Nikko Grégoire, the music grew to the meditation, of reverence . Both artists were applauded for a long time and their pleasure to play together was visible. Together, they intend to multiply in Europe and in the USA such concerts.

I was very lucky to listen to Arsen Petrosyan’s music, and I have fell in love with each note. It was such a celestial music. I have heard beautiful chords, and sounds which were so peaceful. Duduk music is becoming popular around the whole wide world. I am really delighted that Arsen introduced me to that universe. From now on, I will do some extensive research on that type of music. If you ever wanted to listen to relaxing music, Arsen is the artist you need.

Petrosyan, who is only in his early twenties, explores the musics of Armenia, find some of them in old archives, and is being accompanied by the harp, the guitar and the soft drums. He helps the world to love the genuine purity and the melancholy of this music. It’s a true and lively musical performance that he shares in Armenia and beyond.

The international sensation of sacred music, Arsen Petrosyan, has contributed to the songs “The Silent Nights” and “O Come O Come Emmanuel”, and has given a new and authentic texture to these well known songs. The duduk is an ancient instrument which is often seen at “the shepherds’ flute”, when it is combined with the heavenly songs of Abigail, it does create a fascinating sound.

The international sacred music sensation, Arsen Petrosyan, shows us why he is considered as the heir to the Armenian throne of the duduk. Frequently called “the shepherds’ flute”, the combination of the endearing sounds of Arsen’s duduk and the celestial voice of Abigail, seems to transport the auditor to the old times of Bethlehem. Arsen and the approch of Abigail in “O Come O Come Emmanuel” and “The Silent Night” take your breath away. It’s easy to understand why Peter Gabriel and Sting have integrated this ancient and bewitching instrument into their music.

The Duduk has a great history. It accompanies every moments of Armenian people’s life, sad or joyful. The Duduk is not just only associated to the cries, the sadness: it is much more than that, brightness, love and life…

The notes of Florian Moskoft have fusionend with the ones from Arsen Petrosyan’s Duduk. A real symbiosis was created, between the Organ, the duduk and the choreography (created by Hanane Mesbahi). Proof of their bewitchment, the audience did observe few seconds of silence before giving a standing ovation to the artists.

The album «Charentsavan» is a pleasant introduction to the national instrument of Armenia, known as Duduk. The album could mostly be described as pure, calm and formal in the tone,but also with occasionally some powerful lyrical phrases. “Hazar Ernek” creates and atmosphere of an oriental belly dance ; “Javakki Shoror” gives the impression of villagers calling and responding to each other with the interaction between the different instruments – and the soft drum with its distinctive sound, reminds the technic of percussions from South East India. Petrosyan is obviously a talented musician, and the appreciation of the nine different tracks from the album is a question of personal taste. I would recommend anybody to visit a website like SoundCloud , in order to listen and discover what “tickles” the most your curiosity.

Arsen Petrosyan has subtitled his first album “Music for Armenian Duduk” an instrument which is a kind of pre-occidental clarinet producing a plaintive sound, made famous by Mel Gibson’s movie, “The Passion of the Christ”.

Here, Petrosyan delivers a rich variety of sounds which transported you into places and times you wouldn’t have imagined possible to exist. His velveted vibrato combined to an harp for the celestial “Tapna Kerman“, also in a dreamy “Hairenik”, while Middle-Eastern percussions contribute to add to the mystery of “Hazar Ernek”.

A young musician, Arsen Petrosyan perpetuates Jivan Gasparyan’s legacy. His first solo album includes popular and ancient materials, as well as some more recent ones, extremely well delivered. It evokes the “sound of rocky landscape” on the crossroads of Asia and Europe.

Petrosyan’s Album is relentlessly intense. The minor keys used, are typical in that kind of music, also accompanied by drones and lightly scattered drums. The originality of this album comes from a clever orchestration, associated with ancient melodies (which most of them were saved from dusted archives where music was hidden during te soviet occupation)… With this album, the Press compares Petrosyan to the virtuoso most acclaimed (for the duduk) in the 20th century, Jivan Gasparyan.

The guide line of Petrosyan for Armenian musical history, transports the audience into a resourceful musical journey.

The album “Charentsavan” represents works inspired from Armenian villages, but also from the regions which are no longer part of what is now days the Republic of Armenia. Most of these songs were covered with dust, neglected and almost lost in old Soviet libraries. Arsen Petrosyan has given them a new life. This album is in the foot pass of the ones recorded by Jivan Gasparyan and covered by Brian Eno in 1989.

During his career, he has entered diverse competitions and was a first class winner of the International Music Competition «Renaissance». He has also participated at the television show “the New Selection for Duduk” on Shant TV and was amongst the ten finalists. Arsen has visited and performed in the whole wide world including Russia, Georgia, United-States, Canada, India, Germany, Spain, France, Turkey, Turkmenistan and many more. His mentor Gevorg Dabaghyan qualifies Arsen’s sound of “sensible, agile and noble”.

Interview from Shoghakat TV (about concert in Yerevan. February 16th 2019) 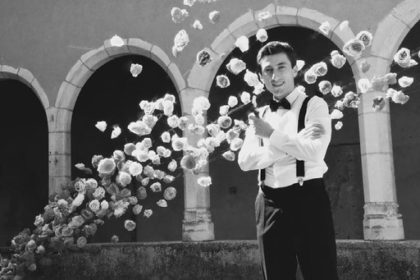 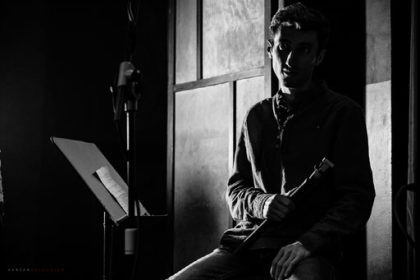 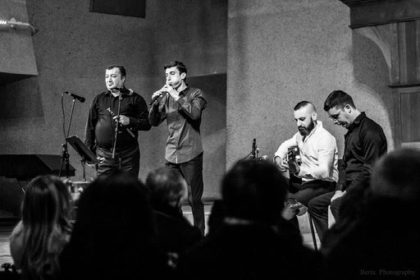 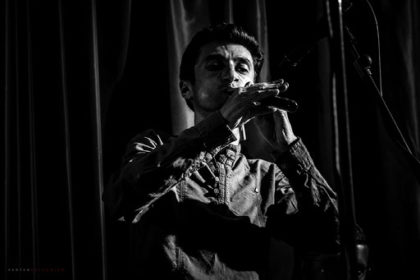